May 2022 Regional Cannabis News: NJ Sales Begin, is NYC Next? 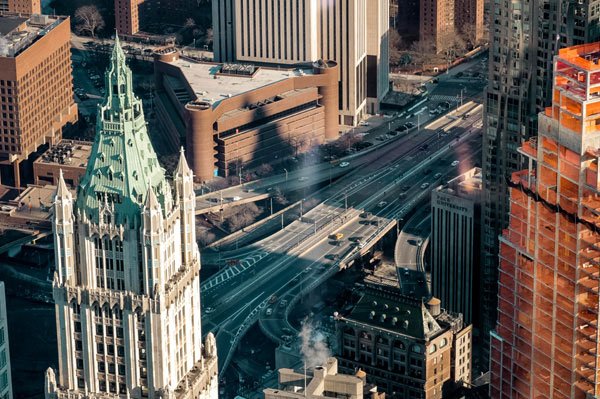 As state-by-state legislation continues to evolve on a daily basis, it can be tricky to keep up with what’s going on in your area. Adult-use laws and licensing programs are among the most critical topics to watch as you build out your plans for participating in this industry.. Read on to learn more about some of the most significant developments in New Jersey, New York, and the northeast region in May 2022 and how they may affect your business or plans to operate in these states.

The 12 participating locations opened their doors to 12,438 adult-use cannabis customers for a total gross sale of nearly $1.9 million. Lines began bright and early, with many locations celebrating with music and balloons.

According to a statement from the CRC, lines have remained steady at all the dispensaries, and there have been no substantiated reports of supply problems for medical cannabis patients.

With a current 130,000 medical cannabis patients in New Jersey and an estimated 800,000 potential adult use customers, Governor Phil Murphy’s proposed budget anticipates $121 million in cannabis revenue in the fiscal year 2023.

“This is a historic step in our work to create a new cannabis industry,” Gov. Phil Murphy (D-NJ) expressed in a Tweet.

While only licensed medical cannabis dispensaries can sell to adults, for the time being, hundreds of applications from start-up businesses are awaiting approval from the CRC as well. Under New Jersey’s social equity regulations, applications by those with past cannabis convictions, as well as minorities, women, and disabled veterans, should receive priority consideration.

On April 20th, New York City Mayor Eric Adams announced his plans to welcome the cannabis industry to the city, with a particular emphasis on social equity. Mayor Adams proposed a $4.8 million investment to advance social equity and support those most affected by the War on Drugs.

The proposed investment would assist people from minority communities most affected by previous marijuana-related offenses to apply for business licensing and financing within the legal market – a market which, in New York City alone, is estimated to generate close to $1.3 billion in sales in its first year.

“The cannabis industry could be a major boon to our economic recovery — creating new jobs, building wealth in historically underserved communities, and increasing state and local tax revenue,” Mayor Adams said in a statement. “With a new regulated adult-use cannabis market on the immediate horizon, now is the time for our city to make proactive investments to ensure the people disproportionately impacted by the criminalization of these substances can reap the benefits of the new industry.”

In addition to the $4.8 million investment proposal, Adams recently brought the idea of allowing rooftop cannabis greenhouses in public housing to a legislative conference last month.

The proposal will be negotiated with the city council and is expected to be agreed upon this summer.

NYC sales are expected to start this fall

Following through with the CCB’s March 2022 promise, the start of sales will launch the social justice efforts promised when legalization first passed. The first sellers in the adult-use market are guaranteed to be “justice-involved,” or those disadvantaged most damaged by the war on drugs.

“Justice-involved” candidates can apply for licenses as early as summer 2022. Large companies —including those which currently monopolize most of NY’s medical cannabis licenses–, on the other hand, will not be eligible to apply for recreational cannabis retail or cultivation licenses until the end of the year.

Want to learn more about what it takes to obtain a dispensary license? CWCBExpo is running a special workshop on the ins and outs of successfully launching a dispensary on the east coast. This special event will take place during our conference. Register here!

The five-member board approved this decision unanimously to fulfill the intent of the 2021 Marijuana Regulation and Taxation Act (MRTA), which aims to regulate cannabis in the state while promoting social equity and economic development.

“By fall, we should have some products that are ready to be harvested,” Office of Cannabis Management Director Chris Alexander said in a statement to NY Cannabis Insider. “We’ll have the conditional growers, we’ll have the dispensaries online – some of them, at least – and so we’ll have a full supply chain and an active market.”

Staying in the loop

With cannabis laws and trends constantly changing, it’s more important than ever that business leaders and entrepreneurs stay up to date on what’s what. As more states within the Northeast region continue to legalize, resources like our monthly news updates are a convenient and easy way to stay in the know.

Another excellent way to stay in the loop is by connecting with fellow entrepreneurs at in-person and online expos. Our next B2B exposition in the Big Apple is quickly approaching just next month, June 2-4, 2022. Register for tickets here.