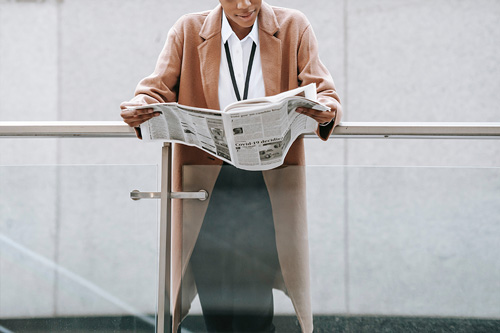 Each month, Cannabis World Congress & Business Exposition (CWCBExpo) offers this regional news roundup, highlighting some of the significant developments facing the cannabis industry in the Tri-State area and beyond. Get these updates in your inbox by subscribing to our email newsletter, or follow up on Instagram, LinkedIn, Facebook, or Twitter to get the most recent edition when it’s published.

As the cannabis industry evolves on the state level despite continuing federal prohibition, it remains critical to keep up to date with regional news and regulations. Changes to medical cannabis eligibility in New York, delays in recreational sales in New Jersey, and booming sales in Massachusetts are among the most recent developments on the East Coast. Read on for more details about these developments and more facing New York and the greater Northeast.

As New York nears the start of adult-use sales, the state has officially expanded its medical cannabis program. On January 24th, The New York State Office of Cannabis Management (OCM) announced that they would be taking control of the state’s Cannabis Medical Program.

Under the new rules, doctors will be able to certify patients for medical cannabis as a treatment for any condition they see fit. The changes were made in an effort to expand the Medical Cannabis Program with regards to the Marijuana Regulation and Taxation Act (MRTA). They vary significantly from the current regulations, which rely on a specific set of eligible conditions.

“It is terrific to see the Medical Cannabis Program expand so vastly with the launch of the new certification and registration program and the ability of practitioners to determine qualifying conditions as included in the MRTA,” Tremaine Wright, chair of the Cannabis Control Board (CCB), stated in a press release. “The new cannabis industry is taking shape as we continue to implement the MRTA and provide greater access for New Yorkers to a medicine that we’re learning more about every day.”

The change in regulation not only affects patients interested in medical cannabis but medical practitioners who will be able to recommend patients for the medical cannabis program. According to the press release, this announcement follows OCM’s previous achievements of approving whole flower for medical product sales, waiving patient fees, and advancing home cultivation regulations for patients.

Under State legislation NJ S21, it was presumed that the state would begin adult use cannabis sales in February 2022, six months following the initial rules and regulations set by the NJ Cannabis Regulatory Commission (CRC). Unfortunately, according to recent press releases, the state may not meet its self-imposed deadline.

“There’s still a lot to be done,” Jeff Brown, executive director of the NJCRC, told NJ Cannabis Insider. “Feb. 22 is not a concrete date to open. There is no firm commitment on the timing of when recreational sales will begin.”

According to Brown, several factors have contributed to the delay, including the need to ensure the legal industry will prioritize medicinal patients first.

“When we turn on recreational sales, and there are limited outlets to get recreational cannabis, they are going to be crowded,” Brown explained during the CRC’s virtual meeting on Jan. 27th, 2022. “We want to see specific measures to ensure patients continue to be served first.”

NJ Governor Phil Murphy, who previously pushed for the legalization of adult-use cannabis, expressed a lack of concern in a statement to NJ.com regarding the deadline being pushed back again.

“I’d rather get it right than get it fast,” Murphy said. “They’re doing a really good job. They want to do a job that’s different and better than any other state that’s ever done it, in particular as it relates to addressing inequities, which has been a central theme of mine.”

There is no exact date as to when New Jersey residents can expect the doors to open at recreational dispensaries. In the meantime, residents can stay up to date on the changes and updates by attending the CRC’s public meetings and following their website.

To be exact, the state had taken in $51.3 million from alcohol taxes and $74.2 million from cannabis at the halfway point of the fiscal year, which is marked as December 2021. The state charges an excise tax of 10.75% on the retail price of recreational cannabis, in addition to its regular 6.25% state sales tax, plus an optional local tax of up to 3%. Since the start of adult-use sales in 2018, the state has reported $2 billion in sales.

As the industry continues to grow in Massachusetts and beyond, initiatives are underway to address the continuous effects of the War on Drugs and the potential impacts of the newly legal industry. The Marijuana Revenue Fund, which facilitates the operating expenses of the Cannabis Control Commission (CCC), outlined some guidelines for where the excess cash should go, including public awareness campaigns, public health, and municipal police training.

Stay in the loop on regional cannabis developments

As long as cannabis remains illegal on a federal level, the laws within different states and regions will vary greatly. If you’re looking to establish or grow your cannabis business, it’s essential to know the trends facing the industry in your area.

Stay up to date with the trending topics and businesses within your area by attending local events like the Cannabis World Congress & Business Exposition. Our B2B expositions are an excellent way to meet fellow entrepreneurs and stay in the loop of industry trends within the East Coast and beyond.