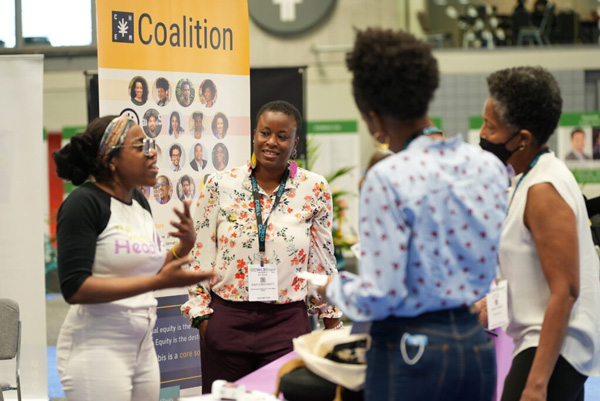 When it comes to cannabis education, there is no standardized curriculum or template for accredited courses and certifications. And yet, a multi-billion-dollar cannabis industry already exists – and with that comes a growing demand for employees knowledgeable in cannabis. To satisfy that need for cannabis workers, educators are currently devising the nation’s first-ever cannabis curricula.

Cannabis education programs are critical for providing the skills and experience necessary for students to begin their careers in the legal cannabis industry. And at the rate cannabis is expected to grow in the U.S., education programs will likely see a rise in demand.

Cannabis has been federally outlawed in the U.S. since 1937, a ban that followed after more than a decade of state-level bans and media attacks on the plant. Previously, though, cannabis had been a common part of the U.S. economy in terms of industrial hemp and medical products like tinctures.

Although cannabis products were sold before Prohibition, modern chemical and biological analysis methods were unavailable, so information on what prompted cannabis’s intoxicating and therapeutic properties remained a mystery. After the prohibition of cannabis, groundbreaking cannabis research like Dr. Raphael Mechoulam’s isolation of THC in 1964 was largely suppressed in the U.S. American education surrounding cannabis remained non-existent.

When states began to legalize cannabis, first for medicinal purposes and later for adult use, a vacuum in academia remained. Cannabis businesses began to open their doors in greater and greater numbers, each needing employees to operate and grow. Some labor came from the legacy industry, while others pivoted into the newly legal cannabis space from other fields, but none began their career with formal education in cannabis.

Today, that vacuum in higher education remains. However, now that cannabis is one of the fastest growing industries in the country, the demand for labor and increased accessibility of information has set the stage for a cannabis education renaissance in the U.S.

Since there is no framework from which to work, educators are doing their best to create a strong foundation. Michael Zaytsev is currently developing the cannabis curriculum at LIM College and previously served as an Intro to Cannabis Professor at CUNY Medgar Evers College. The first lesson he learned in developing the Intro to Cannabis course for CUNY Medgar Evers was the importance of showcasing the many faces of cannabis to his students.

“If you start studying cannabis you soon discover there are many different aspects of it: you need to know science; you need to know policy; you need to know economics; you need to know media and culture,” Zaytsev, who is also the founder of High NY and author of The Cannabis Business Book, said. “I wanted to give the students an overview of what I call the intersectional institutional nature of cannabis so they can figure out where their interests or passions are.”

In developing an entire curriculum, Zaytsev said there’s the opportunity to connect students with members of the legal cannabis industry. This keeps the coursework grounded in the reality of the industry as it evolves. Since there is no blueprint, who better to offer guidance to aspiring cannabis industry professionals than those who are already doing the work?

“We’re pairing subject matter experts from the industry with instructional designers and together, we’re creating all these courses,” Zaytsev said. “The goal is to prepare students to start a career in cannabis and be knowledgeable and productive from the first day.”

Zaytsev is not alone, but he’s one of only a few. Most colleges and universities don’t have formal cannabis education programs. Those that do may vary widely from one another. For example, Zaytsev said some curriculum is much more focused on plant science and agriculture, while others still cover cannabis for healthcare and medicine.

Developing the skills and expertise for cannabis jobs

In other words, the cannabis industry is a serious job creator. For Zaytsev, that much is clear in the number of calls he’s already receiving from cannabis operators looking for job candidates and interns.

“We don’t have cannabis graduates yet but we already have tons of employers calling and asking for our students,” he said. “There’s such a need for knowledgeable people and a lot of excitement from the industry that higher education is beginning to embrace cannabis.”

The emergence of these curricula are a key departure from the underground past of cannabis, in which techniques and skills were passed down through word of mouth and seldom recorded. Without direct relationships, it was very difficult to gain an education in cannabis, Zaytsev said.

“When I got started it was very much an oral tradition. You could really only learn about it from people who had practical, hands-on experience,” he said. “And due to the illicit nature of it, many people weren’t really apt to share that information.”

As higher education embraces cannabis and formalizes courses, students will no longer have such high barriers to learning the tools of the trade.

Cannabis education is coming, and not a moment too soon

The future of cannabis education seems clear to Zaytsev. The immense demand for skilled professionals will keep the pressure on to develop courses that adequately prepare students for the needs of this high-growth industry.

“I think in the long term we will see standardization and it will be just the same as going to any college in the country and taking biology, or an accounting class,” he said. “But we’re certainly not there yet.”

If Zaytsev and his colleagues succeed, future generations of students will have access to all the tools they need to succeed and innovate in the legal cannabis industry.

Even if you’re already active in the industry, you should never stop learning. That’s where Cannabis World Congress & Business Exposition (CWCBExpo) comes in. At our 2022 expo at Javits Center, we debuted an education pavilion dedicated to showcasing programs like LIM’s to our attendees. Stay tuned year-round for some of the most important news affecting the cannabis industry in the northeast and nationwide, and hear from leaders and experts at our next trade show on June 1 – 3, 2023 at the Javits Convention Center in New York City.