Industry Deep Dive: What is 280E and How Does It Affect Cannabis Businesses? 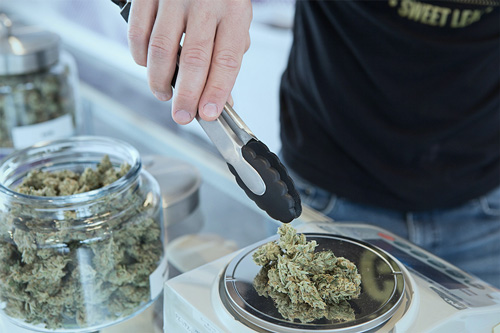 Although the cannabis industry remains federally illegal, both plant-touching and ancillary businesses still owe federal taxes. Unfortunately, unlike other businesses that benefit from certain deductions and credits that fall under Internal Revenue Code Section 280E, cannabis businesses like cultivators, processors, and dispensaries cannot take the same deductions. As a result, the tax burden on plant-touching cannabis businesses tends to be significantly higher than that of similar entities outside the cannabis space.

Anyone considering operating a plant-touching entity needs to be aware of Section 280E and what it means for their business come tax time. This guide explains the nuances of this law, its unusual origin story, and tips on how cannabis businesses can save as much as possible while remaining compliant with state and federal laws and regulations.

What is Section 280E of the Internal Revenue Code?

Section 280E is a provision in the IRS Internal Revenue Code that stipulates any merchant selling goods considered a Schedule I or Schedule II controlled substance under the Controlled Substances Act (CSA) is not eligible to file for any tax deductions or tax credits beyond the cost of goods sold (COGS).

“280E is just a basic paragraph that says if you’re involved in trafficking a controlled substance, you’re not allowed to take any deductions against your income,” said Dean Guske, CPA and founder of Guske & Company, Inc. “What it doesn’t say is that you’re allowed to take an adjustment for COGS.”

Where does Section 280E come from?

Section 280E came about in 1982 following an almost unbelievable case in which a drug dealer sued the federal government in civil court, a case known as Edmondson v. Commissioner.

In that case, Jeffrey Edmondson attempted to claim tax deductions for the year 1974 on “ordinary and necessary business expenses” associated with his criminal activity, including the cost of the drugs, his phone plan, and travel throughout the U.S.

At the time, there was no law on the books that said such deductions weren’t allowed, and so the court sided with Edmondson against the IRS, allowing him to deduct the expenses despite the fact that his activity was plainly against the law.

After the ruling, Congress promptly established Section 280E to avoid allowing future deductions on the sale of illegal drugs. At the time, there was no way to understand that this would create a major obstacle to the growth of future legal cannabis businesses.

Although cannabis is now legal for medical and adult use in dozens of states, it remains a Schedule I substance under the Controlled Substances Act (CSA). As a result, even state-compliant cannabis businesses must pay federal taxes in accordance with Section 280E.

According to Guske, a Cannabis World Congress & Business Exposition (CWCBExpo) speaker, determining what constitutes COGS is where things become tricky. In breaking down the cannabis businesses impacted by 280E, Guske said there are three main groups, each with different levels of exposure.

Although the way Section 280E is applied for an individual business is complex, the core principle behind it is rather simple, said John Pellitteri, CPA, partner and cannabis and accounting services leader at GRASSI Advisors & Accountants.

“COGS encompasses a number of things, but at a high level it’s essentially all the costs you’re able to deduct,” he said.

How to minimize the impact of Section 280E

Generally speaking, cannabis businesses of all types will always owe far more than industries not subject to Section 280E. However, every dollar saved helps to strengthen a company’s bottom line.

The first thing every cannabis business should do is hire a CPA – but not just any CPA. It’s critical to hire someone with the expertise in cannabis and navigating Section 280E. Tax law is complicated in any industry, but that’s especially the case in cannabis. Beyond simply staying compliant, CPAs can help your cannabis business plan accordingly and save as much money as legally possible.

Depending on how your business operates and what segment of the industry it is involved in, how you incorporate could affect your tax burden. Guske said an important part of his initial meetings with clients is to analyze the best way for them to incorporate to reduce their tax bill under the existing regulations.

“You want to make sure you’re setting your business up for the long term, and that happens on a case by case basis,” he said.

There is a separate but related IRS Code known as Section 471 that allows producers and processors the ability to allocate some direct and indirect costs as COGS, Pellitteri said. While this is a useful way to increase the total COGS, thereby reducing gross income and the overall tax burden, it is unfortunately not available to retailers.

Finally, it’s always wise to keep detailed records of every dollar spent and precisely what it was spent on. This can go a long way to showing the IRS that your cannabis business is doing its best to abide by the law. Even if you’ve made some mistakes in determining what is considered COGS and what isn’t, an audit won’t be the end of the world if you can demonstrate that you have best practices in place to be compliant.

“The companies that lose and have penalties are the people not paying attention, who made no effort to understand 280E and wrote off everything as COGS,” Pellitteri said. “The question isn’t if you get audited, it’s when, and the IRS will look favorably on you if you’ve made a good faith effort.”

While many cannabis entrepreneurs view its burden as unfair, Section 280E is the law. Partnering with an experienced CPA can help you strategically plan every aspect of your business so you can maximize savings when tax time comes around.

If you’re looking to network with the best cannabis CPAs and financial professionals, start a business in the cannabis industry, or just want to get a sense of what’s happening in the space, join us at the next CWCBExpo cannabis trade show, where the leaders of the legal cannabis industry gather.