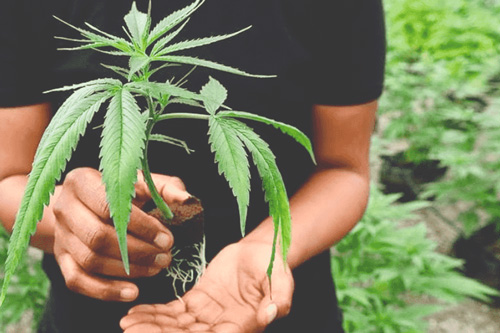 As the cannabis legalization movement expands on the east coast, a critical discussion in emerging markets is centered on how to incorporate social equity into their frameworks. In the wake of cannabis prohibition and the inequitable enforcement of those policies, the legal cannabis industry has a responsibility to pay particular attention to diversity, equity, and inclusion, a recognition that social equity measures are meant to codify into law.

This guide explores social equity measures in New Jersey’s and New York’s budding cannabis industries, the gaps that remain, and what members of the cannabis industry can do to help heal the wounds left by the War on Drugs.

What is social equity and why is it important in cannabis?

Social equity refers to provisions in cannabis legalization bills designed to ensure applicants from communities disproportionately targeted under the War on Drugs, such as Black, Hispanic and Latino communities, are provided with pathways to enter the industry as entrepreneurs and professionals. These measures are designed to heal communities in the wake of the damage done by a near-century of prohibition, said Gia Morón, president of Women Grow.

“What we’ve seen historically from mainstream industries are challenges and difficulties for Black and brown members of the community,” Morón said. “In the cannabis industry, we’re not seeing that fair representation. The importance of having social equity in place allows for those opportunities for communities that have been ostracized.”

Beyond business and career opportunities, though, social equity measures are also designed to ensure reinvestment of tax revenue derived from the cannabis industry into those communities. This has taken various forms in different states but may look like investments in education, healthcare, or infrastructure. For Morón, this represents a necessary rebuilding and reconciliation as the era of prohibition comes to a close.

“We call it the War on Drugs, so what is supposed to happen when a war is over? The areas that were impacted are supposed to be rebuilt, not left decimated and abandoned,” Morón said.

In New York, particular attention has been paid to expanding the definition of social equity applicant to include minorities, women-owned businesses, service-disabled veterans, and distressed farmers. The state’s goal is to award 50% of cannabis licenses to social equity applicants with a focus on geographically distributing licenses based on impact to neighborhoods and communities disproportionately targeted by the enforcement of prohibition policies.

Under New York’s legalization bill, the Marijuana Regulation and Taxation Act (MRTA), the state will establish a Community Reinvestment Fund, which will serve to fund the Office of Cannabis Management, as well as public safety training for law enforcement. In addition, all remaining funds will be earmarked as follows:

As part of the Community Reinvestment Fund, New York will establish public grants, low-interest loans, and business incubator programs. These measures are an attempt to ameliorate the lack of diversity in legal cannabis states that prioritized social equity previously, only to end up with a largely white and male-dominated industry.

Finally, New York includes provisions that would automatically expunge the criminal records of individuals previously arrested and convicted of nonviolent cannabis-related offenses. Under the MRTA, people convicted with possession of fewer than three ounces of cannabis would be eligible for expungement, a process that must be completed within two years of the passage of the law. An analysis by the Legal Aid Society highlighted the unequal enforcement of cannabis laws in New York City, concluding that 94% of all cannabis-related arrests and summonses in 2020 applied to Black or Latino residents, making expungement a critical part of social equity and acknowledging the checkered past of cannabis prohibition and enforcement.

In New Jersey, social equity is overseen by the Minority, Disabled Veteran, and Women Cannabis Development Business Office, which is sometimes called the NJ Cannabis Regulatory Commission’s (CRC) Office of Diversity and Inclusion. The role of the office is to “establish practices and procedures for promoting inclusion of diverse populations in the medicinal and recreational cannabis industries. On top of promoting participation, this office aims to implement programs and other initiatives that can promote equitable inclusion,” according to the State of New Jersey’s website.

Social equity measures in New Jersey include prioritizing applications from those seeking to open businesses or employ people living in “impact zones” which were previously targeted for aggressive, disproportionate enforcement of cannabis prohibition policies. Similarly, the NJCRC will prioritize diversely owned businesses held by minorities, women, or disabled veterans, as well as businesses owned by people who lived in an economically disadvantaged area of the state.

The commission will also prioritize cannabis applications for microbusinesses, defined as those limited to 10 employees and 2,500 square feet of space. This license type is important for promoting inclusion of business owners from communities that historically do not have the same access to capital. These businesses could eventually apply to expand their locations as consumer demand increases.

Additionally, the New Jersey Cannabis Regulatory, Enforcement Assistance, and Marketplace Modernization (CREAMM) Act stipulates the state government must take steps to expunge arrest and conviction records of those charged with non-violent cannabis-related offenses during prohibition. Local, county, and state prosecutors must also dismiss pending charges for these offenses under the law, and the NJCRC cannot disqualify previously convicted individuals from obtaining a license to participate in the legal cannabis industry.

Taking the next steps to build an equitable cannabis industry

Although state laws have evolved as the legalization movement and cannabis industry have matured, there remains a long way to go to recover from the damage done by the War on Drugs. According to Morón, the progress is encouraging but advocates need to ensure that the rules and regulations translate to practical results.

“We saw early on in Colorado that some of those tax dollars that were supposed to be reinvested in communities that were the most harmed didn’t really go to those zip codes – they went to affluent communities instead,” she said. “That is not social equity.”

To truly recover from the War on Drugs, she said, it’s important to both build a representative industry as well as guarantee that disproportionately targeted communities are sufficiently rebuilt and supported.

“Looking at the numbers of ownership in this industry, Black-owned businesses only represent 2%, and Latinx ownership is not much higher than that,” Morón said. “The overall creation of social equity is to address people who were directly harmed; we need to recognize off the bat that it’s a racial issue.

“And I’m hoping that social equity doesn’t just address the lack of equity in representation in terms of diverse ownership, but also funnels into communities in rebuilding streets, providing housing and education, and offering community education about the plant. It’s not just about cannabis businesses and career opportunities – it needs to be about rebuilding after a warzone,” Morón added.

Finally, expanding the industry’s perspective beyond the confines of cannabis itself but into the larger social discourse is an important part of maturing, Morón said. Establishing relationships with those in these communities as well as the policymakers driving the legislation and regulations is how leaders in cannabis could become leaders in society.

“I think it’s important for us to take a look at what is happening outside our industry. I believe we grow better when we think about how our work aligns with others in our community,” Morón said. “For example, supporting affordable housing, recognizing environmental concerns … we look at those things when growing our businesses, but are we being sustainable as an industry? Are we helping the Earth?”

Can the cannabis industry be a vehicle for progress?

Cannabis is one of the fastest growing spaces worldwide, valued at $20.73 billion globally in 2020 and projected to grow to $111.31 billion by 2028, an impressive 23.43% compound annual growth rate. That market power also translates to social power and a responsibility to deliberately build a thoughtful industry that departs from the mistakes of the past. While social equity measures like those in New York and New Jersey make promising headway, it’s also important for the cannabis business community as a whole to recognize the issues and take steps to ensure entire communities are not left behind.