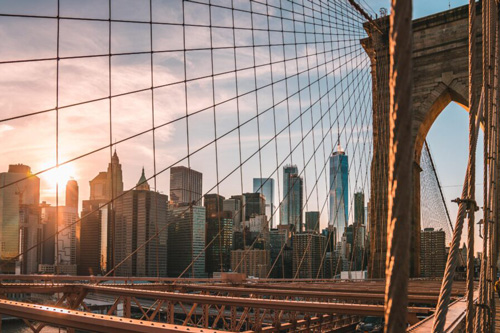 Each month, Cannabis World Congress & Business Exposition (CWCBExpo) offers a convenient regional news round-up highlighting significant developments in the tri-state area and Pennsylvania. Get these updates in your inbox by subscribing to our email newsletter, or follow us on Instagram, LinkedIn, Facebook, or Twitter to get the most recent edition when it’s published.

From significant movement in the New York adult-use market to pardoned cannabis convictions in Pennsylvania, there was no summer slowdown in the Northeast cannabis market.  Read on for access to all the need-to-know information on changes and updates in the Northeast region.

Longtime cannabis advocate and chair to the state Board of Pardons, Lt. Gov. John Fetterman (D-PA), said in a statement that he was undertaking the move as a response to the absence of legislative action.

“Nobody should be turned down for a job, housing, or volunteering at your child’s school because of some old nonviolent weed charge, especially given that most of us don’t even think this should be illegal,” Fetterman said.

Pennsylvanians with one or both of the following convictions will be eligible for the opportunity to be pardoned:

Under the program’s timeline, applicants have until September 30th, 2022 to apply and will be notified by Oct. 13th, 2022 if they will receive a public hearing. The application process is conducted 100% online. Use this guide to find out if you’re eligible and how to apply.

The New York Office of Cannabis Management (OCM) has officially opened applications for adult-use retail locations. The OCM unveiled a regional breakdown on Aug 25 of the 150 conditional adult-use retail dispensary (CAURD) licenses that it plans to accept as an initial step to setting New York up to serve adult-use consumers.

As a part of the state’s Seeding Opportunity Initiative, which intends to assist New Yorkers most impacted by the War on Drugs, all conditional dispensary license applicants must prove they are justice-involved by meeting the following requirements:

The Seeding Opportunity Initiative offers additional assistance to qualified applicants, including helping applicants locate and obtain real estate. The New York State Office of Dormitory Services is obtaining $200 million worth of vacant spaces to provide to each approved applicant.

According to a CBS News report, 70 of the 150 dispensaries will be placed in the five boroughs based on population. There will be 20 on suburban Long Island and 17 in the mid-Hudson region.

The CAURD application portal launched on Thursday, Aug. 25th and will remain open until September 26th, 2022.

New Jersey’s recreational cannabis market has officially seen more than $80 million just 10 weeks after launching. According to a statement from the New Jersey government, the state collected $219,482 in Social Equity Excise Fees, calculated on $79,698,831 in total sales of adult use cannabis from the start of sales (April 21st) through June 30th, 2022. Tax revenue from sales of adult use cannabis in the state totaled $4,649,202.

“The market is improving. It is performing as we expect with the current number of dispensaries, the spread of locations, and the high prices,” Brown said in a statement on Friday, Aug. 12th.

“As more cannabis businesses come online, consumers won’t have to travel as far to make purchases, and prices will fall with increased competition. The market will do even better.”

According to New Jersey state law, at least 70% of the sales tax collected on adult-use cannabis sales must be directed toward communities disproportionately affected by cannabis-related arrests to further social justice and equity goals ensuring racial, social, and economic equity and justice.

The New York Cannabis Control Board has approved licenses for 15 cannabis processors in the Empire State. The approved processors can manufacture products like edibles, vape cartridges, and oils, according to the state’s Office of Cannabis Management. These products will be sold at New York’s first adult use retail dispensaries.

“Today’s Board Meeting brings us one step closer to launching New York’s legal cannabis marketplace,” Chair of the Cannabis Control Board Tremaine Wright said in a statement. “Processors aren’t just an important part of the cannabis supply chain, they are creators who take a raw plant and transform into tested, consistent, high-quality products that consumers can trust.”

End the summer in the loop

Summer may be coming to an end, but the Northeast cannabis industry is just getting started. With things changing as constantly as they do, it’s crucial to stay up to date to ensure your business is prepared for success. Resources like CWCBExpo’s monthly news updates and annual exhibitions are an easy way to stay in the loop.