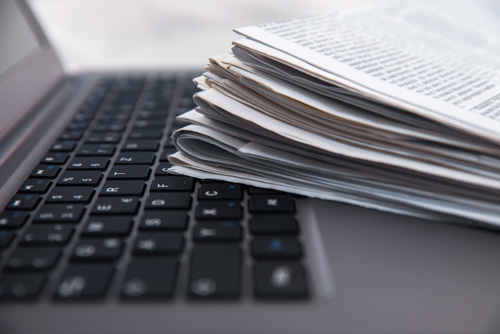 Each month, Cannabis World Congress offers a convenient regional news roundup, highlighting significant movements in the tri-state area (New York, New Jersey, Connecticut) and Pennsylvania. Get these updates in your inbox by subscribing to our email newsletter, or follow up on Instagram, LinkedIn, Facebook, or Twitter to get the most recent edition when it’s published.

Regarding social equity programs, workplace drug testing requirements, and licensing applications, it can be tricky to keep up with regional, and even state-to-state, trends in the cannabis industry. Read on to learn more about some of the most significant developments in January 2022 and how they may affect your business or plans to operate in these states.

A new law in Philadelphia went into effect on January 1st prohibiting employers from screening job applicants for cannabis during mandatory drug testing. The ordinance was passed by the city council in a 15 to 1 vote in April 2021, and was signed into law shortly after by Mayor Jim Kenney.

The law does not address rules surrounding the testing of current staff members, nor does it prohibit employers from disciplining employees for being under the influence of cannabis while working.

It’s also important to note that these laws don’t cover all jobs. Those applying for positions in law enforcement, childcare, or jobs that need a commercial driver’s license can still be required to submit to cannabis screening. Certain employers may also require testing under the provision for those seeking positions where “the employee could significantly impact the health or safety of other employees or members of the public.”

Under the new regulations, all applicants are required to undergo an FBI background check within 60 days of application submission; provide end-product and field reporting; submit to inspections by the state Department of Agriculture; and conduct pre-harvest plant and post-harvest laboratory testing. Additionally, the rules include penalties for cultivating THC-rich products, including license suspension or revocation.

All currently licensed growers must reapply under the program to grow hemp next year.

The announcement came nearly six years after New York first launched its Industrial Hemp Agricultural Research Pilot Program in 2015, and nearly three years after the signing of the 2018 Farm Bill, which requires all states interested in administering a state hemp program to submit plans to the USDA for approval.

“New York State has been a leader in the hemp industry since the launch of its pilot program, with producers registered to grow industrial hemp on 30,000 acres,” State Agriculture Commissioner Richard A. Ball explained in a statement. “Under this new plan, our growers will have stability and consistency in regulations moving forward, with continued guidance and support from the Department.”

For prospective dispensary owners, the application period opens on March 15th of this year.

The acceptance of applications is a huge milestone for the Garden State’s adult-use market after years of delayed, reworked, and reintroduced legislative efforts.

The NJCRC can only issue 37 licenses for cannabis cultivators before February 2023 due to provisions in state law. However, there is no cap on the number of licenses the commission can grant to manufacturers, testing laboratories, or dispensaries. There are also no deadlines, which means applications will be accepted and reviewed on a rolling basis.

In addition to the acceptance of licensing applications, the CREAMM Act established the Office of Minority, Disabled Veterans, and Women Business Development to promote and prioritize diversity in the industry.

With one of the main goals of legalization being to lessen the harm of the War on Drugs, minority and veteran applicants will receive first review and approval, as well as those who have been convicted of marijuana offenses. The CRC also created a category for Social Equity Business applicants, which are defined as entities “owned by people who have lived in an economically disadvantaged area or who have convictions for cannabis-related offenses.”

The Connecticut Department of Consumer Protection (DCP) announced this month that they will begin accepting applications for certain adult-use cannabis establishment licenses by February 3rd, 2022.

The DCP announced that licenses will be distributed through a lottery process on an ongoing basis. The process will be run by an independent operator who will not know which numbers have been assigned to which applicants. There will be two lottery processes, one for the general public and one for social equity applicants. The number of available licenses will be announced before each application round.

To qualify as a social equity applicant, an applicant must own or control at least 65 percent of the business, and meet the following requirements outlined by the law:

This initial application round will remain open for 90 days, though the DCP has indicated that it will hold a second lottery in the second half of 2022.

Preparing your cannabis business for a development-rich 2022

As long as cannabis remains illegal on a federal level, the laws within different states and regions will continue to vary greatly. If you’re looking to establish or grow your cannabis business, it’s important to know the trends facing the industry in your region.

One great way to do that is by attending local events and expositions like the Cannabis World Congress Business Expo. This expo is an excellent way to meet other entrepreneurs, network and learn about industry trends within the East Coast and beyond. Through building a robust regional community of cannabis businesses in the U.S. Northeast, we continue to help build the industry as we navigate and witness the exciting and historic developments being made.