What the Hemp Industry Needs to Take Flight 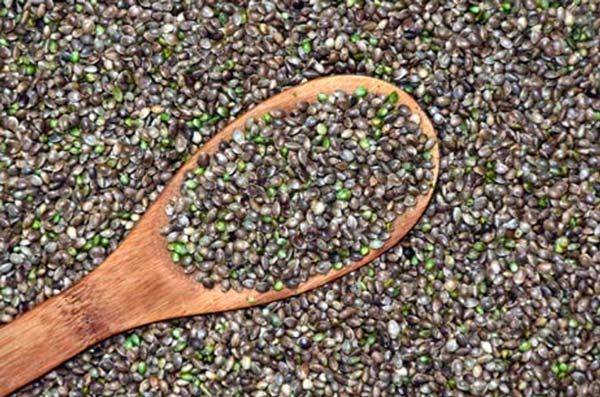 The global industrial hemp market is expected to grow by leaps and bounds in the coming decade. That market includes not only hemp for cannabinoid extraction that creates the CBD products that have become a household name, but also a wide range of industrial products.

Reaching hemp’s market potential in the United States, however, takes a combination of legislation and market adoption that while well on its way, still needs to reach critical milestones before the hemp industry truly takes flight. To learn more, we interviewed Erica Stark, executive director of the National Hemp Association (NHA), who shared more about the opportunities in hemp and what needs to be done before the industry expands further.

What can a hemp fiber and grain industry look like?

“When we say that there are 25,000 different products that can be produced from hemp, the vast majority come from the fiber and grain side of the industry,” said Stark. “The potential is so vast, not only for the industry but what it can do to mitigate climate change and save this planet. It’s an investment, but it’s so worth it.”

According to Stark, one of the NHA’s primary areas of focus in recent years has been for a more official segmentation between the fiber and grain portion and the cannabinoid portion of the hemp industry. She noted that while CBD is popular for a good reason – which is why the cannabinoid sector has been front and center since the passage of the 2018 Farm Bill – hemp can do far more than just make CBD products.

However, Stark added, there are still several missing pieces inhibiting industry growth, both from regulatory and economic perspectives.

What does the hemp industry need to grow?

The hemp industry is poised to make seismic changes for manufacturing and the environment, but before it can, the space requires further development. According to Stark, most businesses need more support before they can make the sort of world-changing impact advocates often discuss.

A 2021 economic impact file by the NHA reported the hemp fiber and grain industry is estimated to generate $32 billion by 2030. According to the group, if just 5% of the current corn, soy, and wheat producers added hemp into their rotation, it would result in 10 to 12 million acres of crops.

“When you think about the infrastructure that we need to process that type of acreage, it’s a lot,” said Stark. “But when we look at that holistically, and what hemp can do as far as revitalizing rural America — creating jobs, reducing our reliance on imports, helping to mitigate climate change and creating more sustainable user consumer products — that’s where we need to go.”

The infrastructure to get raw material from farms to factories has been a prominent bottleneck in the hemp supply chain. While farmers are looking to grow hemp and manufacturers seek raw materials, neither will make significant investments to scale hemp operations until the two are connected, Stark said.

“Farmers are hungry for a new crop and additional revenue stream, but they are not going to plant hemp until they know there is somebody to buy it,” said Stark. “It is the creation of that first-level processing that gets it ready to go from field to factory that we have to focus on.”

Growing the industry to commercial scale

The hemp industry needs more research and development (R&D) before it can scale to commercial levels, Stark said. And while U.S. hemp producers and processors can look to markets in Europe, where hemp fiber has been produced for decades, it’s important to note that aspects such as the physical size of the U.S. and the regulatory landscape differ significantly.

“Doing things on an American scale is vastly different than anything being done in other parts of the world,” Stark said. “We can look [to Europe] for equipment and ideas, but we need to grab hold of them and make [them] our own to be able to produce to scale.”

Stark noted the cost of manufacturing and processing hemp factors into industry growth as well. Finding a way to meet the demand for hemp products in a cost-effective way will be essential to driving mass adoption over conventional industries, such as non-hemp paper, clothing, or construction materials.

Because the hemp industry is relatively new, securing reliable capital is the other piece holding the hemp industry back, Stark said. While investment is now legally possible thanks to the 2018 Farm Bill, there are still areas of the market, such as the animal feed sector, being left behind.

“It comes down to the capital required to do the clinical trials and the studies that those agencies want to see to approve it,” said Stark, referencing the rules set by the Food and Drug Administration’s Center for Veterinary Medicine (FDA-CVM) governing animal feed ingredients.

“There are a ton of start-up companies out there seeking capital, and with the right investment, would be ready to ramp up operations and go to scale,” she added, “but it’ll require lots of due diligence on whoever is doing the investing, and I think that is challenging.”

As a piece of the capital puzzle, the NHA is currently focused on removing hemp for fiber and grain from the existing USDA framework, which requires extensive THC testing for all hemp cultivators. The federal government set a 0.3% THC limit on hemp — anything that exceeds those levels is considered illegal “marijuana.” This rule has left many investors hesitant for fear that the companies they invest in may inadvertently trigger federal enforcement. The NHA’s stance is that THC levels shouldn’t matter for industrial hemp grown for fiber or grain.

“Right now, the hemp programs all revolve around the perceived risk of cannabinoid production,” said Stark. “We want to see fiber and grain producers be exempt from that. If your end purpose is fiber and grain, you shouldn’t be subject to THC testing.”

To further increase support and funding for hemp initiatives, NHA Chair, Geoff Whaling has also independently started an impact fund called rePLANT Hemp, which is the first-to-market investment fund focused on U.S. hemp for food and fiber. With the goal of investing $500 million in the hemp space by 2030, rePLANT allocates capital provided by investors across a wide range of vetted hemp businesses. With rePLANT, investors simply put their money in and trust professional fund managers familiar with the industry to do the due diligence and provide a good return. Whaling announced the launch of rePLANT at the Nov. 2021 Cannabis World Congress & Business Exposition in New York City.

“I think in the short term, for people who are looking to invest [in the hemp industry], something like that sort of mitigates their risk and spreads the investment around,” said Stark. “It’s probably a little bit easier than to figure out which initial company they want to invest in.”

What will the future of the hemp industry look like?

While the industry still has a long, rocky road to go, Stark says that with suitable investments and support, success is inevitable. However, the way the hemp industry evolves remains to be seen and is in the hands of policymakers, advocates, investors, and entrepreneurs.

For the NHA, a hemp industry that prioritizes the growth of the grain and fiber space and decouples regulation from the cannabinoid space is key to unlocking the growth potential of the industry, and they’re working to that end.

“All of these things have to happen at the same time in order for it to be successful,” she said. “If you build it they will come, but what are you building, and who are you building it for?”