May 2022 Federal Cannabis News: More Americans Support Cannabis Legalization Than Ever Before 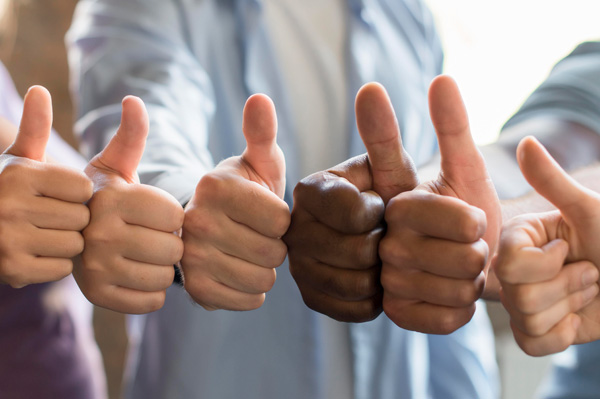 Establishing a legal cannabis business in the U.S. is no cakewalk. With new trends and regulations almost daily, staying in the loop on new developments and national news updates is critical for entrepreneurs and industry leaders to establish themselves.

CWCBExpo’s monthly federal update is here to keep you up to date on national cannabis news and everything you need to know to prepare for the legal market. Today, we are excited to share what’s going on on Capitol Hill and beyond – what you need to know as you kick off May 2022.

President Joseph R. Biden, Jr. has officially issued pardons or commutation of sentencing for 78 individuals. Nine of these individuals were imprisoned on federal charges related to cannabis. This is the first time Biden has used his clemency powers since stepping into office in January 2021.

“America is a nation of laws and second chances, redemption, and rehabilitation. During Second Chance Month, I am using my authority under the Constitution to uphold those values by pardoning and commuting the sentences of fellow Americans,” Biden said in a statement.

However, it’s essential to note that just nine sentencing commutations were granted to individuals with cannabis convictions. And while a pardon would have expunged their records, the commutations will only lower or remove the punishment. The conviction will remain on their records unless otherwise noted.

Advocacy groups, such as the National Organization for the Reform of Marijuana Laws (NORML) continue to urge the president to take further action.

“While granting clemency to nine individuals for federal marijuana offenses is the right thing to do, it is woefully inadequate when there remain over 10,000 individuals who still suffer under the weight of a federal charge on their criminal record, NORML Executive Director Erik Altieri noted in a recent statement.

According to a recent study, states that have enacted cannabis legalization are seeing fewer instances of impaired driving as compared to prohibition states.

The study found that the risk of self-reported Driving Under The Influence of Cannabis (DUIC) was significantly lower in recreational and medical states than in states which offered neither.

“Current cannabis users in recreational and medical-only cannabis states were significantly less likely to report driving within three hours of getting high in the past 30 days, compared to current users living in states without legal cannabis,” states the study.

One potential explanation for this is the access or information and knowledge regarding cannabis use in legal states. In states where cannabis is legal, consumers may receive more information surrounding the risks of impaired driving, compared to those in prohibition states.

Further, products purchased from licensed operators are presumed to have labeling which clearly states that operation of a vehicle after consuming the product is dangerous, illegal, or both.

“States that have not legalized cannabis cannot regulate the labeling of cannabis products, while many recreational and medical states require warning labels and instructions on products,” the researchers wrote. “Some edible cannabis products contain warnings about driving within a few hours of consumption.”

A CBS News/YouGov poll released on April 20th found that 66% of Americans want recreational marijuana use to be legalized both under federal law and in their state. This is double the support that the legal industry received in 2000, and an especially significant increase from a 1969 Gallup poll, when only 12% of Americans voted in favor of cannabis legalization.

As expected, those who use cannabis – 37% of respondents – were more likely to favor legalization as compared to those who say they never use cannabis. Amongst both consumers and non-consumers alike, however, just 3 in 10 said they would oppose the opening of a licensed recreational cannabis business in their area. The majority say they would favor it or wouldn’t mind.

The survey also found that among political parties; Democrats, liberals, independents, and Moderates are most likely to support legalization. Republicans, however, are still split–with 51% saying that cannabis should remain federally illegal. This number seems to be While 59% of republicans under age 45 are back for federal cannabis legalization, 56% of Americans over age 45, do not.

With cannabis remaining a federally illegal substance, it’s imperative that entrepreneurs and businesses within the industry are aware of nationwide changes to trends and regulations. Following CWCBExpo’s federal and regional news updates each month is a quick and convenient way to keep yourself in the know and ensure that your business is remaining relevant and aware of every available opportunity. Check out the CWCBExpo blog to see past editions of our monthly federal news update.

In addition to our news roundups, you can stay up to date with what’s changing and trending by attending local events like our Cannabis World Congress & Business Exposition. A great and convenient way to connect with fellow entrepreneurs, tickets for our upcoming June 2-4, 2022 B2B exposition are available – secure your spot now.