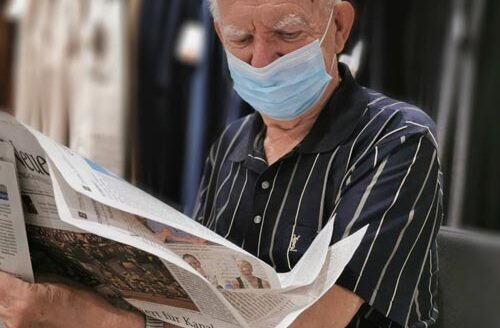 Each month, Cannabis World Congress & Business Exposition (CWCBExpo) offers a convenient roundup on the biggest cannabis news stories and hemp headlines emerging across the nation. Get these updates in your inbox by subscribing to our email newsletter, or follow us on Instagram, LinkedIn, Facebook, or Twitter to get the most recent edition when it’s published.

For any legal cannabis business in the U.S., staying on top of nationwide trends is essential to remaining competitive and compliant. As advocates, lawmakers, and entrepreneurs continue to push for a federally legalcannabis market, changes often come quickly and without much warning.

To help you stay on top of the latest developments, our monthly federal news update is here to keep you in the loop on news and changes affecting the national market. March’s update covers a range of important political and cultural developments, from cannabis in sports to new research into the plant’s therapeutic potential.

According to recent reports, the National Collegiate Athletic Association (NCAA) has relaxed its drug testing regulations and reduced the THC threshold for college athletes. The change was announced on Friday, Feb. 25, and took effect immediately. Previously, the threshold level for a positive drug test was 35 nanograms of detected THC. One positive test for cannabis would result in an athlete’s suspension from 50% of the regular season of their sport, and a second positive test would result in an athlete sitting out for “the equivalent of one season.”

Under the new rules, the THC threshold has been raised to 150 nanograms. This threshold matches that of the World Anti-Doping Agency. College athletes who test positive for cannabis also would not be stripped of their ability to compete. Instead, the student-athlete would be required to complete a management and education program specific to their needs.

“Reconsidering the NCAA approach to cannabis testing and management is consistent with feedback from membership on how to better support and educate student-athletes in a society with rapidly evolving public health and cultural views regarding cannabis use,” Dr. Brian Hainline, the NCAA’s chief medical officer, said in a press release on Feb. 25th.
“Marijuana is not considered a performance-enhancing substance, but it remains important for member schools to engage student-athletes regarding substance use prevention and provide management and support when appropriate,” he added.

As more states legalize cannabis for adult use, the National Institute on Drug Abuse (NIDA) is promoting federally funded research into cannabis through a new grant program.
The NIDA grant program is geared toward funding research on the effects of varying cannabis laws and regulatory models nationwide to determine which regulatory frameworks best protectpublic health. Examples of studies potentially eligible for grant funding include research into standardized methods of measuring cannabis and determining physical and mental health factors that may lead to cannabis use.
“Policies around cannabis products (including whole-plant cannabis and cannabis constituent compounds) in the United States (and globally) continue to evolve, and far outpace the knowledge needed to determine the public health impacts of these changes,” reads the notice, which was released on Feb. 18th. “Growing numbers of states have loosened restrictions on cannabis, including those on sales and use, bypassing medical marijuana laws or by making cannabis legal for adult recreational use, and in increasing numbers, states have done both.”
Federal funding to study cannabis regulations certainly suggests potential progress toward federal legalization. As the industry inches closer to this milestone, advocates are hopeful that industry leaders will use insight from such research to better craft the federal framework.

Three Senate Democrats recently sent a letter to their colleagues formally inviting them to share their input on a federal cannabis legalization bill, inviting them “into the drafting process as we work to finalize this legislation.”
For months, Senate Majority Leader Charles Schumer (D-NY), Financial Committee Chairman Ron Wyden (D-OR), and Senator Cory Booker (D-NJ) have been working on a bill to federally legalize cannabis and allow state-compliant businesses to access necessary financial services.
The bill, known as the Cannabis Administration and Opportunity Act, would establish a federally legal market and kickstart the process of developing a regulatory framework for licensing and sales.”
In order to appropriately address such a nuanced issue, we respectfully request the input, advice, and guidance of Chairs and Ranking Members of relevant committees, as well as senators who have dealt with the challenges and realities of legalization in their own states,” reads the letter.
In addition to federal legalization, the Cannabis Administration Opportunity Act would establish a federal tax on cannabis products and earmark revenue for investment into communities disproportionately harmed by the War on Drugs.
Schumer, Wyden, and Booker are looking to re-introduce the legislation on cannabis within the next several months and are hopeful that input from colleagues will help to perfect such legislation and accelerate the process, the letter states.
Stay tuned for more national cannabis news
Following our monthly news updates is a quick and easy way to stay in the know on all things cannabis. In addition, by attending industry events like theCWCBExpo, businesses can ensure they are in the loop on new trends, policies, and opportunities. Stay tuned for next month’s installment to keep updated with what’s happening across the United States when it comes to the cannabis industry.
Scroll to Top
Loading...