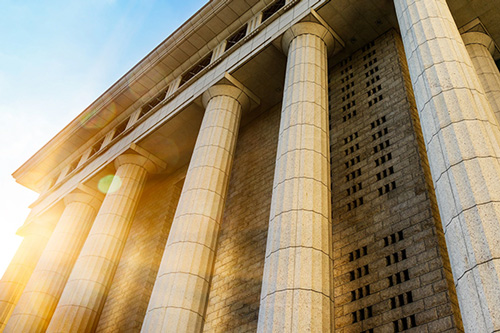 This month’s federal cannabis news update covers newly introduced cannabis bills, changes to U.S. Air Force cannabis regulations, and the plant’s surging popularity among the public. Read on for more information about the latest cannabis happenings and how the news impacts the industry.

A bipartisan duo of congressional lawmakers has filed a bill to set an agenda for federal cannabis research and dedicate federal grant money to universities with cannabis study programs.

Sponsored by Reps. Scott Peters (D-CA) and Dave Joy (R-OH), the “Developing and National Key Cannabis Research Act,” referred to as the “DANK” bill, would authorize the Director of the National Institutes of Health (NIH) to designate “institutions of higher education as Centers for Excellence in Cannabis Research for the purpose of interdisciplinary research related to cannabis and other biomedical, behavioral, and social issues related to cannabis.”

Under current laws, cannabis remains federally illegal, and researchers are prohibited from clinical evaluations of any state-licensed products without explicit permission from the federal government. The DANK bill would appropriate $50 million for fiscal years 2024 to 2028 to 10 designated research centers.

The bill would facilitate research into all of the following:

A possible change in policy by the Air Force Recruiting Service would no longer disqualify prospective applicants who test positive for THC from joining the U.S. Air Force or Space Force. The change seems to be prompted by the ongoing legalization of cannabis in states across the U.S. and a 2021 FDA-regulated study revealing promise for cannabis as a treatment for veterans with PTSD.

“If applicants test positive for THC when they go to the Military Entrance Processing Stations (MEPS), they’re permanently barred from entering the Air Force or the Space Force,” recruiting boss Maj. Gen. Ed Thomas told Air Force Times in a recent interview. “But as more states legalize cannabis, there is an increased prevalence of THC-positive applicants.”

The organization is exploring options to grant waivers for those who test positive for THC. Applicants who are otherwise qualified to serve but test positive for THC could be considered for a waiver if the Air Force believes they act appropriately and forgo cannabis consumption while in service.

Members of the Canadian Armed Forces (CAF) are allowed to consume cannabis as long as it is in accordance with Canadian federal, provincial, territorial, and municipal laws. Members are, however, prohibited from cannabis consumption during the 8 hours before any known or expected performance of duty.

Americans officially consume more cannabis than cigarettes for the first time in history. According to a new Gallup poll, 16% of American adults say they currently consume cannabis, while nearly 50% have tried it at some point in their life. On the contrary, just 11% reported being cigarette smokers.

“Smoking cigarettes is clearly on the decline and is most likely to become even more of a rarity in the years ahead,” Gallup senior scientist Dr. Frank Newport said. “This reflects both public awareness of its negative effects and continuing government efforts at all levels to curtail its use.”

According to a different Gallup poll from July, 62% of participants aged 18 to 34 said that cannabis had positive effects on society. With legalization spreading across the country, it’s not completely surprising to see cannabis use continue to rise as cigarette smoking declines.

Stay up to date on federal cannabis news

Staying in the loop on industry trends and changes to legislation is absolutely essential to launching or maintaining a successful cannabis business. CWCBExpo’s federal and regional updates are here to help you stay up to date on all things cannabis on the East Coast and beyond, so you can keep up with the ever-changing market.