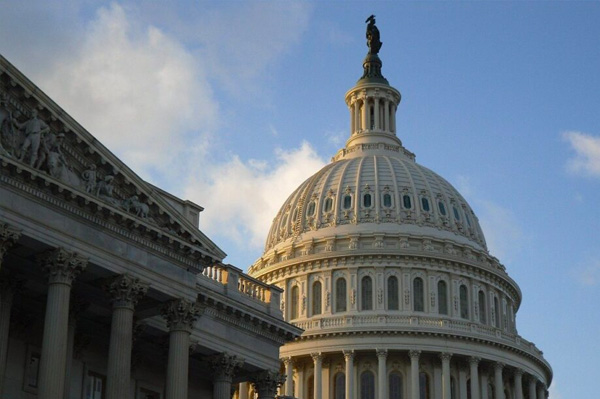 As the cannabis industry rapidly evolves, staying up to date on news and developments is essential to any entrepreneur looking to establish themselves in the legal market. From lawmakers pushing for the improvement of employment policy to the advancement of research, new information is coming into the cannabis space on a near-daily basis.

That’s why CWCBExpo created our monthly news round-up to keep you up to date on all things federal cannabis. Read on to learn more about the June 2022 developments and how they may affect your cannabis business.

According to a recent report from BDS Analytics, the global cannabis industry will drive $35 billion in sales this year, up from a total of $29 billion in 2021. That growth is expected to continue through 2026, when market analysts anticipate sales will eclipse $61 billion.

In addition, the report offers insights into key market segments, the latest drivers and trends, and projections on upcoming changes in consumer behavior. Aside from the growing legalization and normalization of cannabis, the report notes a steep rise in medical cannabis access for diabetes patients, cancer patients, and people suffering from chronic pain resulting from car accidents or sports injuries. In addition, the COVID-19 pandemic has significantly increased sales in various states, as noted by a study in the International Journal of Drug Policy.

Currently, North America is the world’s leading region of the legal cannabis market, with legal sales topping $25 billion in 2021, according to data from Bank of America. And despite the industry’s challenges, 2021 was the fifth consecutive year with an annual job growth rate of 27% or higher.

The National Institute on Drug Abuse (NIDA) is looking for new partners to supply cannabis products for research purposes.

According to a notice from NIDA, partners would need to “produce or procure cannabis, cannabis extract and other cannabis-derived materials for basic and clinical research, and conduct a quantitative and qualitative analysis, stability determination, and recommended storage conditions for these products for approved research.”

In addition to common cannabinoids such as Tetrahydrocannabinol (THC) and Cannabidiol (CBD), partners of the NIDA would be expected to supply generally under-researched compounds, like Cannabichromene (CBC) and Cannabigerol (CBG). Though the NIDA has not yet named how many suppliers they will need, a complete list of criteria for potential partners can be found in the May 2022 notice.

Historically, advocates have been frustrated by the lack of federal research into cannabis. Prior to this announcement, the NIDA relied on just one supplier at the University of Mississippi due to strict rules by the Drug Enforcement Administration (DEA). The addition of new suppliers to federal research efforts would mark an important milestone in the normalization of cannabis nationwide.

Federal cannabis arrests are on the decline

Federal cannabis arrests have declined significantly as more states have moved toward legalization. According to a recent report from the U.S. Department of Justice (DOJ), arrests have dropped an average of 11% each year between 2010 and 2020. While more than 8,000 cannabis-related arrests were made in 2010, that number shrunk to 2,576 by 2020. Further, 47% of all federal prisoners in 2020 were incarcerated for drug-related crimes compared to 53% in 2010.

While state-wide legalizations may be the reason for this decline in arrests, the report also acknowledged the COVID-19 pandemic as a leading cause for the decline. For example, there was an 81% drop in federal arrests and a 77% drop in court cases related to cannabis charges from March 2020 to April 2020. It ‘s also important to consider the current Attorney General Merrick Garland’s hands-off approach to federal cannabis prosecution. Though the decline is a positive step forward, these declines are not guaranteed to remain consistent without legislative cannabis reform.

“Marijuana law enforcement is becoming less of a federal priority in an age where the majority of Americans believe that cannabis ought to be legal,” said Paul Armentano, NORML’s Deputy Director, in a statement on the group’s website. “It is vital that Congress takes action to amend federal law in a manner that comports with this reality.”

Lawmaker urges amendments to the Department of Transportation’s drug policy

In a letter dated May 16, 2022, U.S. Congressman Earl Blumenauer (D-OR) asked the U.S. Department of Transportation (DOT) to change their federal cannabis policy regarding truck driver drug testing. The goal of the policy change, Blumenauer writes, would be to reduce the impact to the supply chain caused by unnecessary driver suspensions.

Amongst the requests in Blumenauer’s letter to Transportation Secretary Pete Buttigieg is a call to implement oral fluid testing as a potential alternative to the current urinalysis method used for those in the transportation industries. Urinalysis drug testing detects cannabis in the system up to weeks after consumption. In contrast, oral fluid alternatives would only detect much more recent drug use, thereby acting as a more effective way to determine if drivers were under the influence behind the wheel.

Currently, federal law mandates commercially licensed drivers to undergo drug testing before hire, following accidents, and randomly throughout employment. This policy has resulted in the suspension of over 119,000 in just three years, with over half failing due to past cannabis consumption – according to a DOT drug-testing clearinghouse from March 2022.

It’s also important to note that DOT’s “return to duty” program for suspended truck drivers can be daunting. According to the New York Post, of the 72,000 drivers suspended since January 2020, more than half never attempted to complete the return process.

“To date, 48 states have enacted laws that, to varying degrees, relax their prohibitions against the use of marijuana,” wrote Blumenauer to Buttigieg. “Nevertheless, your department’s zero-tolerance policy sweeps up drivers who were unimpaired, drivers who have not used cannabis for weeks or even months, and drivers who have used federally-legal CBD oils. Blanket disqualifications are unjust, unfair, and cause widespread economic and social damage. Thousands of positions are unfilled, compounding our supply chain woes. Penalizing safe drivers who comply with the cannabis laws harms both the drivers and the supply chains they support.”

While Buttigieg did promote the legalization of cannabis while running for president in 2020, he has not specifically weighed in on the DOT’s drug testing policy.

Our monthly federal update was created as an easy and convenient way to keep yourself in the cannabis industry loop. By staying aware of changes and updates on a national level, businesses can ensure that they are prepared and compliant with the fast-growing legal market. Stay tuned next month to learn more about cannabis news and developments all across the U.S.