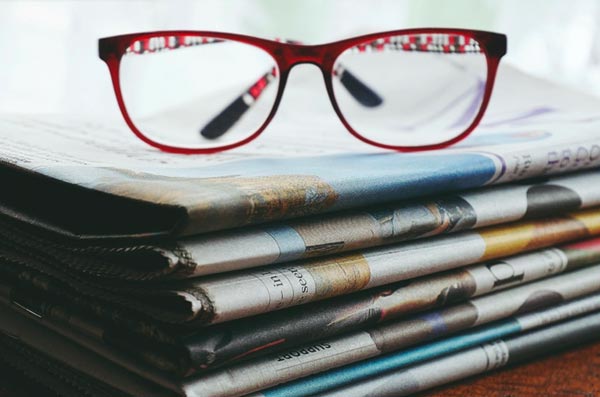 Staying up to date on social, political, and financial developments within the federal cannabis industry is essential for anyone looking to establish themselves. CWCBExpo’s monthly federal news update is your one-stop shop for national cannabis news and everything you need to know to prepare for a fully legal market. This month, we cover everything from recent advances towards federal legalization to continued advocacy for cannabis banking reform.

The U.S. House of Representatives voted 220 to 204 to federally legalize cannabis and promote social equity in the industry. Only three Republicans supported the measure, and just two Democrats opposed it.

Sponsored by Rep. Jerry Nadler (D-NY), The Marijuana Opportunity Reinvestment and Expungement (MORE) Act would deschedule cannabis by removing it from the list of federally banned drugs under the Controlled Substances Act (CSA). However, it would not require states to legalize cannabis and would leave a level of regulatory discretion up to the states.

The MORE act also focuses on building social equity within the industry. In addition to decriminalizing cannabis federally, it would expunge the records of people previously convicted of nonviolent cannabis offenses.

To become law, the legislation still needs approval from the Senate and the signature of President Joseph R. Biden, Jr. before going into effect. If passed by both, the legislation would establish a national tax on cannabis products and prohibit federal agencies from denying individuals public benefits based solely on the use or possession of cannabis or past juvenile conviction for a cannabis offense.

Since the Senate Democrats would need the full support of all members of their party and 10 Republicans to reach the 60 vote threshold, it’s unclear whether the bill would pass if brought to the floor for a vote.

More than half of Americans want to see cannabis banking legislation

Because cannabis currently remains illegal on a federal level, many financial institutions are unwilling to work with cannabis-related businesses due to fear of legal, operational, and regulatory risk. According to a survey from earlier this year by Whitney Economics, 70% of cannabis businesses see the lack of access to banking or investment capital as their biggest challenge – even licensed cannabis-related businesses face difficulties.

The Secure and Face Enforcement (SAFE) Act, a federal bill that has repeatedly passed in the House of Representatives and died awaiting a vote in the Senate, would protect financial institutions that provide services “to or for the benefit of a legitimate cannabis-related business and the business associates of a legitimate cannabis-related business.” If passed, it would offer legitimate cannabis businesses easier access to financial services such as checking accounts. However, the SAFE Banking Act has languished in Congress since it was first introduced in 2013.

“Consumers clearly agree that now is the time to resolve the ongoing conflict between state and federal law so banks can serve legal cannabis and cannabis-related businesses,” Rob Nichols, the CEO of the American Bankers Association, said in a press release. “Doing so will help banks meet the needs of their communities while enhancing public safety, increasing the efficiency of tax collections, and improving the financial transparency of the cannabis industry.”

Just a week after the MORE Act passed the House, a bill that would allow scientists to study cannabis from state-legal dispensaries passed that same legislative body.

According to Marijuana Moment, the bipartisan legislation, called the Medical Marijuana Research Act, passed the House in a 343-75 vote. The aim of the policy is to ease access to medical cannabis for research purposes. One of the biggest obstacles to cannabis research in the United States is a lack of access to the plant.

The legislation was championed by an unlikely duo: Rep. Earl Blumenauer (D-OR), who has a lengthy history of pro-cannabis activity in the House, and Rep. Andy Harris (R-MD), who does not have a pro-cannabis voting record and has been at odds with activists in his home state for prior anti-cannabis stances.

Cannabis laws are ever changing, so staying in the loop on the national policies and trends is essential to running a compliant and successful business. Cannabis businesses and leaders can stay up to date on trending topics and politics across the entire nation with our monthly regional and federal news updates.

B2B expositions run by Cannabis World Congress & Business Exposition are an excellent way to meet fellow entrepreneurs and stay in the loop of industry trends. To attend the next expo June 2 through June 4 in New York City, register for tickets here.