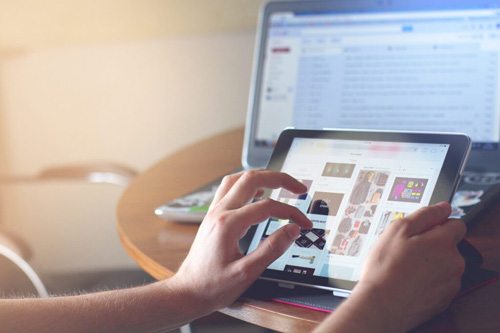 Each month, Cannabis World Congress & Business Exposition (CWCBExpo) offers a convenient roundup on the biggest cannabis news stories and hemp headlines emerging across the nation. Get these updates in your inbox by subscribing to our email newsletter, or follow up on Instagram, LinkedIn, Facebook, or Twitter to get the most recent edition when it’s published.

For anyone looking to establish themselves as a legal cannabis business in the U.S., it’s crucial to stay in the loop on new developments and national news updates. From newly legal markets to shifting regulations, the cannabis industry is evolving rapidly and new information seems to emerge every day.

CWCBExpo is here to keep you up to date on the ins and outs of all things federal cannabis news; your business will need to be ready to take full advantage of the legal market. Today, we are excited to share our second federal round-up, covering everything from Amazon to pizza.

Amazon, the second-largest private employer in the United States, has officially endorsed a bill to federally legalize cannabis, which was introduced by a Republican representative last fall.

We’re pleased to endorse @RepNancyMace's States Reform Act. Like so many in this country, we believe it’s time to reform the nation’s cannabis policy and Amazon is committed to helping lead the effort. https://t.co/g04Dn5KZq5

The States Reform Act was filed by Rep. Nancy Mace (R-SC) in November 2021 with hopes of appealing to her fellow party members in Congress, which have notoriously rejected legalization bills championed by Democrats. If passed, the States Reform Act would remove cannabis as a Schedule I substance under federal law. However, it would remain illegal for those under 21 to buy or possess cannabis. The Act would also introduce a 3% federal tax, which would be earmarked to fund law enforcement and veterans’ health programs.

The endorsement from Amazon comes after the company relaxed drug testing policies and announced a lobbying effort in support of cannabis policy reform. In addition to eliminating drug testing for most workers, Amazon’s policy shift restored employment eligibility of workers who were punished for testing positive for THC in the past.

“We are enthused by the notable momentum in the country toward recognizing that today’s status quo is unfair and untenable. We look forward to working with Congress and other supporters to secure necessary reform of the nation’s cannabis laws,” Amazon wrote on its website.

Advocates are hopeful that the support from a company as large as Amazon may sway the opinions or decisions of other House members.

It’s deja vu for the SAFE Banking Act: The bill has passed the House once again.

The legislation, reintroduced by the bill’s original author, Rep. Ed Perlmutter (D-CO), appears as an attachment to the domestic spending bill known as the America COMPETES Act of 2022.

“Cannabis-related businesses – big and small – are in desperate need of access to capital and the banking system in order to operate in an efficient, safe manner and compete in the growing global cannabis marketplace,” Perlmutter stated in a recent tweet.

The SAFE Banking Act has been through it all — voting approvals, removal from spending bills, amendments, reintroductions, and two presidential administrations. Despite moments of progress, the bill has died in Congress several times. Even after gaining approval from the House of Representatives most recently in September 2021, the SAFE Banking Act was stripped from a defense funding bill in the Senate three months later.

The SAFE Banking Act was initially introduced into congress five years ago as a way to protect financial institutes from being penalized for doing business with cannabis companies. Once passed, the bill would help ensure that cannabis businesses have access to reliable banking partners.

The National Football League (NFL) announced it will be allocating $1 million in research funding in hopes of uncovering more information surrounding the pain management and neuroprotectant properties of THC.

Research teams will conduct the study at the University of California San Diego and the University of Regina. The goal of the study is to determine if cannabinoids, specifically THC and CBD, can be used safely and effectively for post-competition soft-tissue injury pain in athletes. It will also aim to uncover the impact of THC as a neuroprotectant property to reduce the symptoms of acute concussions.

“As with the league’s broader approach to health and safety, we want to ensure that our players are receiving care that reflects the most up-to-date medical consensus,” said Dr. Allen Sills, NFL chief medical officer, said in a statement to NFL.com. “While the burden of proof is high for NFL players who want to understand the impact of any medical decision on their performance, we are grateful that we have the opportunity to fund these scientifically-sound studies on the use of cannabinoids that may lead to the discovery of data-based evidence that could impact the pain management of our players.”

The study results are unlikely to change the current Policy and Program on Substances of Abuse, and current NFL players will not be permitted to participate in the study. However, the hope is that access to this information will allow the NFL to take a firmer stance on the use of medical cannabis to offset the use of prescription pharmaceuticals for pain management and post-concussion treatment for athletes.

Following our federal and regional news updates each month is a great and convenient way to keep yourself in the know regarding cannabis industry trends. By staying up to date with all the things cannabis news, businesses can ensure that they are not only remaining relevant and compliant but taking advantage of all opportunities available to them. Stay tuned for next month’s installment to find out what’s happening in your area and beyond.